What is Augmented Reality?

by scanarco for Augmented Reality, Uncategorized June 28, 2017 Leave a comment

Simply put, augmented reality is a technology that allows the view of the real-world environment to be extended by virtual elements – video, animations, 3D and other types of digital content. Augmented Reality (or AR) technology performs in real time and in context with real environmental elements.  It is important to note, that this is an extension only and not a complete substitution of the real world with a virtual one, like in the case of virtual reality. 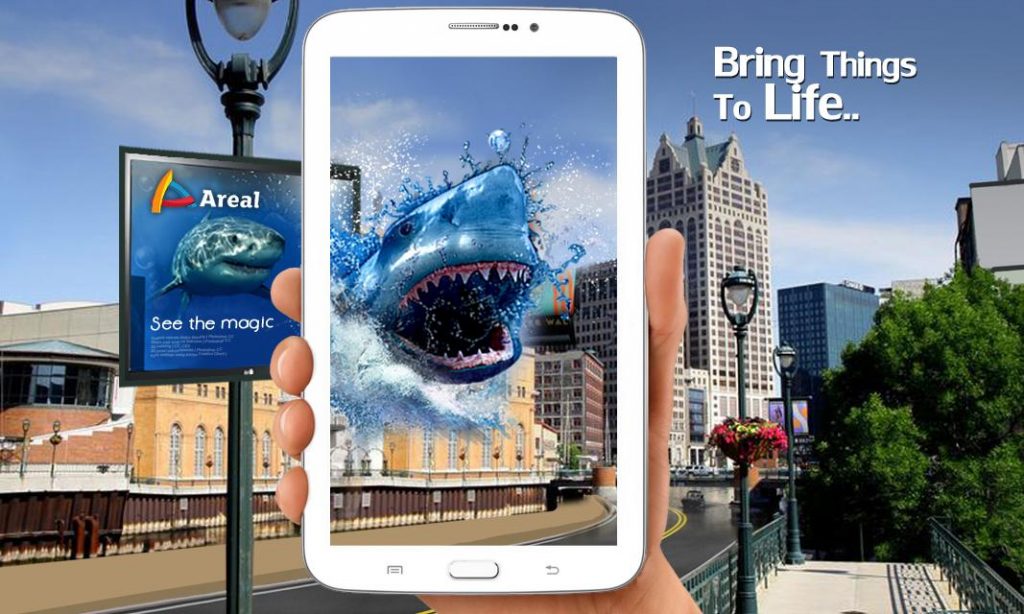 To experience augmented reality content, an AR capable device is needed, which overlays the virtual information onto the real world. Most commonly, smartphones and further smart devices are used, but AR can be seen through any gadget which has capability for it (for example headsets such as Microsoft’s HoloLens).

There are 3 main types of AR technology:

Projection- based AR
This type of AR projects digital images on physical objects in the physical space. It can be interactive, or might be non-interactive.The most common projection-based AR solutions are the so called „try on” solutions and of course – the Snapchat lenses.

Recognition- based AR
Whenever you scan an AR-enabled image and it comes to live you are actually using recognition- based AR. The AR app detects and recognizes something called an AR target, for which you can use anyting that can be scanned by your device. Once the camera recognizes the target, it replaces it with a corresponding digital object.

Location- based AR
Location based AR is taking advantage of the smart devices’ location detection features – digital content is overlayed thorugh the camera, based on certain coordinates. Most famous implementation – Pokemon Go.

Augmented reality has many implementation areas – from industrial design and architecture to advertising and education. In the next few blog post, we`ll be telling you more about the most interesting use cases in more detail.